Research Report: How do complaints affect those complained about? 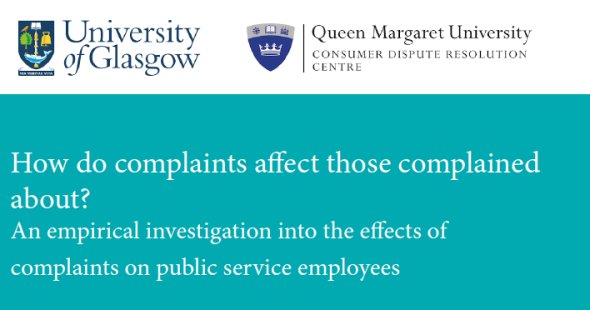 A recent research report highlights the impact that complaints have on public-sector employees and their well-being. The researchers, from Queen Margaret University and the University of Glasgow, worked with the Scottish Public Services Ombudsman to design the research. Here, one of the report’s co-authors (and co-researcher on the Informal Resolution by Ombuds project) describes the key findings and the discussion held at a related conference on how to support individuals who are subject to complaints.

Note: This article was originally posted by Carolyn Hirst on LinkedIn on 19 December 2017 at: https://www.linkedin.com/pulse/research-report-how-do-complaints-affect-those-complained-hirst

I am delighted to have had the opportunity to work with Dr Chris Gill, University of Glasgow, Dr Maria Sapouna, University of West of Scotland and Jane Williams, Queen Margaret University on this empirical investigation into the effects of complaints on public service employees. We also worked closely with the Scottish Public Services Ombudsman who advised us on the research design and helped us to secure access to respondents.

The Executive Summary of our Research Report is set out below:

This report presents the findings of a mixed methods research project investigating the effects of complaints on local authority planning staff and housing association staff in Scotland. The research included an online survey of 132 individuals who had been subject to a complaint and follow-up qualitative interviews with 16 people who had responded to the survey.

This overall picture was explored further in qualitative interviews. These interviews provided a range of insights about the kinds of effects people experienced when complained about and the factors that seemed important in determining whether they would experience a negative impact.

The types of effects commonly reported by respondents included emotional trauma and loss of selfconfidence. Experience was seen as important in moderating the effect of complaints, with more experienced employees developing a ‘thick skin’ over time. Interestingly, attitudes to learning from complaints remained generally positive even where people had negative personal experiences of having been complained about.

The operation of the complaint process was particularly important in terms of whether staff were likely to feel a complaint had affected them negatively.

In terms of the support that respondents felt would help mitigate the negative effects of being complained about, some felt that complaints were simply ‘part of the job’ and that support was generally not required except for junior staff. Others highlighted developing an open culture around complaints, managerial support, peer support, and a fair complaint process, as means through which the impact of complaints could be reduced.

Our full Report can be accessed at:

And we presented our research findings at a conference organised by the Scottish Public Services Ombudsman, Queen Margaret University and the University of Glasgow which took place on Tuesday 5 December 2017. This conference explored how best to support public service employees who have been subject to a complaint. A note of the sessions at this conference can be found at: 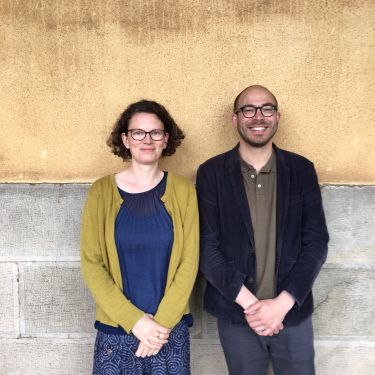 This post gives an overview of a recent study of ‘ombuds watchers’ and their online criticism of the public service ombud schemes, including the PHSO, LGO and SPSO. The researchers, Chris Gill (University of Glasgow) and Naomi Creutzfeldt (University of Westminster), have published a paper about the research: ‘The ‘Ombuds Watchers’: Collective Dissent and Legal […]