Service personnel who are considering making a complaint often contact my office for information on the process.  At times what they want to know is whether making a Service complaint to their Commanding Officer (CO) locks them into the formal complaints process, or whether they can still have their complaint resolved informally.  The simple answer is that it doesn’t lock them into the formal process.  In most cases it is for the individual making the complaint to decide whether they would like to follow a formal or informal process, but not all complaints can be resolved informally.

Complaints are made about many different issues.  Some of those issues only affect one person and others have the potential to affect many.  While all complaints are serious to the person raising them, some complaints involve very serious allegations that require thorough investigation whereas others can be resolved quite quickly without any investigation. In many instances Service personnel will wish to pursue informal resolution as they perceive that the process is faster. However, formal complaints should be handled without unnecessary delay and therefore speed is just one factor.

When deciding whether informal resolution is appropriate, the questions that need to be asked are:

A good example of where informal resolution may be appropriate is in cases where complaints concern performance appraisals.  If a Service person made a complaint that they were unhappy with something that had been written in their report, the CO might agree that it is appropriate for a particular word or phrase to be removed or rewritten. If the individual was happy that this addressed their complaint no investigation would be required and the change could happen quite quickly.  However, had the individual made a complaint that they were given a bad report due to bias or discrimination that would require an investigation as they are very serious allegations that need to be proved in order to reach an outcome.

Another example of where informal resolution may be appropriate is where there is workplace conflict that has the potential to be resolved through mediation. Mediation is a form of alternative dispute resolution where a third party brings two people together to discuss the issues affecting their working relationship.  The purpose of the discussion is to have both sides understand how the other person feels about the situation and to try and find an appropriate and positive way to move forward.  This can be a very effective way of resolving conflict when it is used at an early point. Mediation may not be appropriate where the conflict has escalated and certainly cannot be used if either party is unwilling as it is a voluntary process.

In the past individuals have raised concerns with my office that they felt pressure to engage in informal resolution, or that they withdrew their formal complaint believing it would be resolved informally, but no action was ultimately taken to resolve their complaint. Whether Service personnel choose to pursue their complaint formally or informally, they should feel confident that it will be handled properly and without undue delay. As the Ombudsman I have the power to investigate alleged undue delay in the handling of informal complaints. I hope that this will provide Service personnel with the assurance that they can choose to pursue informal resolution and come to my office if they believe there is unwarranted delay in the process.

I encourage individuals who have raised a complaint to consider alternative options that could lead to an early and satisfactory resolution where it is appropriate to do so. If informal resolution is pursued initially but is not successful, it is still open to the individual to make a formal complaint if they wish. Ultimately it is for the individual to decide which process they want to follow – no one should feel that they are being forced to accept an informal process when they want to pursue a formal complaint.

Nicola Williams is the Service Complaints Ombudsman for the UK Armed Forces. 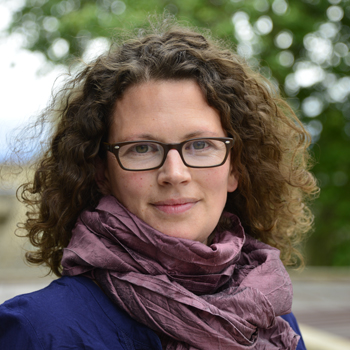 The user perspective is widely seen as an understudied aspect of administrative justice. A new report provides useful insights into one aspect of this: complainants’ expectations and experiences of ombud schemes, across public- and private-sector complaints. The report, by Dr Naomi Creutzfeldt, is the final report in her ESRC-funded project ‘Trusting the middle-man: Impact and […] 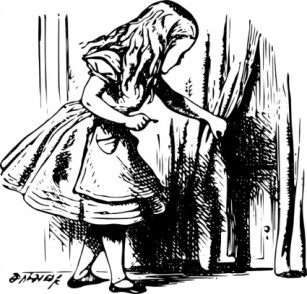 “’Ah, what is it, now?’ the Unicorn cried eagerly. ‘You’ll never guess! I couldn’t.’ The Lion looked at Alice wearily. ‘Are you animal — or vegetable — or mineral?’ he said, yawning at every other word. ‘It’s a fabulous monster!’ the Unicorn cried out before Alice could reply.”

Our colleague on the ombudsresearch team, Carolyn Hirst, gave the keynote address at the 2016 conference of the Australian and New Zealand Ombudsman Association (ANZOA) in May. Her address, which is available here, explores the context in which ombuds in the UK are changing and the challenges these changes present. She traces the evolution of UK ombuds and gives a clear overview of the stages of development. She also considers the contributions made by recent research on ombudsry, including work she and colleagues at Queen Margaret University have carried out, work by Naomi Creutzfeldt and Chris Gill on online ‘ombuds-watchers’, and our team’s mapping work on informal resolution by ombuds. She notes the impact of recent developments such as the EU ADR Directive, which is not only ‘resulting in procedural change for ombud schemes here but is having an influence across the UK redress landscape by impacting on existing models of redress and encouraging new and often rival ADR providers to emerge’.

A self-described ‘pracademic’ (practitioner and academic), Hirst is honestly reflective about her concerns about the state of ombuds now and going forward:

“A question which has been bothering me for a while is whether the purpose of an Ombuds is to determine disputes by way of adjudication or to resolve conflicts by enabling parties to come to a consensual agreement? Or is it both? For me, this goes to the core of what it is that an Ombuds does. And I think that associated with this are the increasing tensions for Ombuds between the concepts of right, fair, just, and reasonable.”

Citing work by our colleague Nick O’Brien to retain the democractic accountability role of ombuds in the face of rushing consumerism, Hirst notes the tension between the ‘micro’ and ‘macro’ functions of ombuds: “‘Micro-justice’ or individual redress can work well, but Ombuds also need to consider the needs of ‘macro-justice’ and the interests of citizens who are not party to the individual dispute, but who may be affected by the matter complained about.”

Hirst is an impassioned supporter of the ombud institution, and in her critiques she plays the role of critical friend: “I think that the fabulous creatures which are Ombudsmen can be one model with many applications, as long as there is both clarity and confidence about who they are and what they stand for.”

“So where do we want to go? I think that one of the biggest challenges ahead for UK Ombuds is to decide what they want to be. And in doing this they need to be out, loud and proud in clarifying their place and role as a distinctive and integral part of the dispute resolution landscape.”